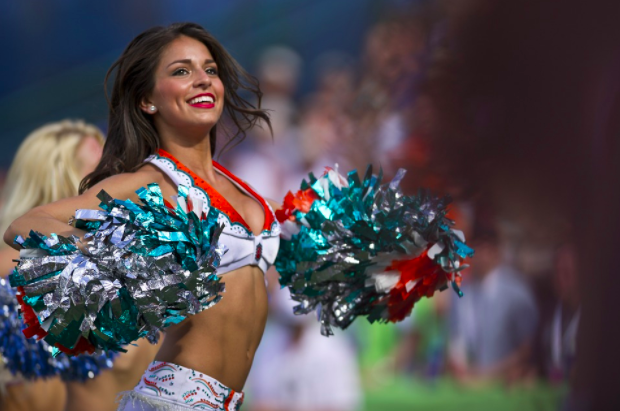 Fantasy sports like Fantasy Football are beginning to get very popular these days. There are fantasy leagues that take place every year which are attracting millions of players. These leagues are highly competitive and players get to play the role of team owners and managers by owning and managing their own dream teams. Players can also interact with other fans making it a very social game.

This is probably why it is estimated that these games have an impact of over $1billion on the industry. This is almost like going to Vegas to watch sports events. So what really makes these fantasy sports so popular? Let’s look closely at some of the reasons.

The whole point of sports is the feeling of being competitive. Sports is a mix of strength and strategy and one can never predict what the end result would be. Fantasy sports, like real life sports, are also competitive and thousands of players compete against each other online to win championships.

Have you ever watched your favourite team at a match and thought to yourself that you could definitely make this team much better than it is? This is what fantasy sports is all about. With Fantasy Sports leagues one can buy players, make lineups, draw strategies and start learning what it is that makes a winning team.

When you play fantasy sports leagues over a long period of time, you start making friends. These are friends who are as passionate about the game as you are. Many fantasy sport players end up hanging out at each other’s places, partying and developing long term friendships. Even if you don’t have the luxury of meeting one another personally, you will still end up making some great online friends.

The ultimate goal of playing a league is obviously to win although it may not be the easiest thing to do. You are mostly competing with other fans who are also on top of their game. Nevertheless, the sheer adrenaline rush of winning is what everyone aims for and the select few who are lucky enough to win will tell you how it’s all worth it.

While fantasy sports can be a great hobby, it can also be all consuming much like hobbies become. You could, in the middle of your work meeting, wonder about your current team lineup that’s headed for a match. As most fans would vow, this is a great escape from the mundane everyday life. And while many may believe that winning at fantasy sports is just pure luck, it’s actually not true as you can read here. You need to be smart and have a strategy in mind.

Fantasy sports is just another fun way for sports fans to stay engaged with their favourite sports. Of course, nothing can replace the thrill of watching your favourite team in real life but winning at fantasy sports definitely comes a close second.