By now, most football fans have heard of the ratification of what the NFL has termed an “enhanced” schedule. The extra game in the regular season will be greeted with excitement by some fans, and with a shrug by others. But for fantasy football managers, it should – eventually – have an impact on selection and strategy. And, it’s not just due to the fact there is an extra game to earn points.

For those not fully aware of the changes: An extra game is added to each team’s schedule. The format is interleague, so for example, in 2021, the AFC East teams will host NFC East teams in the 17th game. Fixtures are based on the previous season’s final standings, so the 1st-placed Bills from the AFC East host 1st-placed Washington from the NFC East, the 2nd-placed Dolphins welcome the Giants and so on.

So far, that’s easy to understand. But listen to the words of NFL Commissioner Roger Goodell, “One of the benefits of playing 17 regular season games is the ability for us to continue to grow our game around the world.” That statement, more than anything else, gives you an insight into what the thinking is behind this. In short, the 17th game is about getting NFL games played abroad.

That’s not going to happen in 2021. However, four of the 2022 season fixtures from the “17th” schedule have been earmarked to be played abroad, and that will have an impact on fantasy football. We know that Mexico and the UK have hosted games before, but other locations in Europe have been mentioned – with cities keen to host.

The reason this matter for fantasy football is fatigue. If you have taken a long-haul flight to Europe from the United States before, you will know that it takes days until you feel right again – it’s no different for elite athletes. Indeed, if you analyze online betting trends for football games, you will see that the odds can change from the expected after long road trips. We see this in other sports, too, particularly the UEFA Champions League, where European soccer clubs can struggle in their domestic leagues after returning from trips across the continent.

NFL Should Be Fair to Teams Playing Abroad

If the NFL is to not disadvantage the teams playing abroad, the only recourse is to ensure that a team’s trip to Europe – or somewhere else – is followed by the bye week for that team. That would leave around two weeks to recuperate after the journey half-way around the world. You might think this counts for little, given that athletes are paid millions to stay in peak condition. But in elite sports, those tiny advantages can count for a lot.

But when you are building your strategy for fantasy football in 2022 – travel restrictions mean this won’t happen this season – be sure to keep an eye on the teams and players sent around the globe for fixtures. If your player selection is between someone playing in Europe over a weekend and someone resting up at home, it might be better to go with the latter. As we said, marginal gains could make all the difference in the result of a game – and your fantasy points. 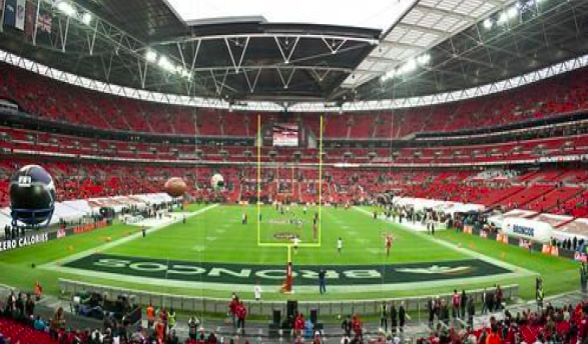 Finally, it’s worth mentioning that while only four international games played each season does not seem like a lot, it could be more in the future. It’s no coincidence that Goodell mentioned it in his statement on the 17th game. The NFL’s plans for global domination will surely impact the game, but don’t forget that it could also have an impact on fantasy football strategy.