Hosting Your Fantasy Draft In Atlantic City: Everything You Need To Know

Choosing to host your draft in Atlantic City may be the best…or the worst decision you could ever make.

Personally, I think its the only way to go.

Well, not the only way, but one of the best options if you’re currently living on the East Coast. It means your night will be filled with league mates, people getting extremely drunk (21+ only of course) and draft picks that you would never make sober.

Oh, there could be a few other surprises mixed in as well.

I know that planning to have your 2018 fantasy draft in AC may seem like a daunting task, however, I’ve got a feeling that all of the work and planning that goes into it will be worth every dime you spend. That’s why I wanted to share some of the key things I believe are important to consider when planning your fantasy draft and making the decision to host it in AC (Atlantic City).

A little fun fact about AC: The board game Monopoly was originally created based on the inspiration of AC.

Enough with the fun facts, let’s get into the dirty details (foreshadowing much?) and plan your 2018 fantasy football draft in Atlantic City.

The Important Fantasy Details for an Atlantic City Draft

There are a ton of important details that you always need to consider for your fantasy draft. While some of them apply regardless of draft location (Draft Prep, Podcasts, Rankings, Draft Boards, Trophies & Beverages), we’ll be focusing on more Atlantic City specific facts for 2018.

While we don’t think you need to plan every aspect of your draft, we think it’s important to have some sort of plan. Without one, you may not even make it to your draft time.

So let’s dive in.

Picking the hotel for your 2018 Atlantic City Fantasy Draft

There are so many different hotels you can choose to stay at for your fantasy draft in AC (Atlantic City).

I’ve personally drafted in only 1 hotel for our fantasy draft…and that was good old Harrah’s Resort. Of course, I can’t say that the other locations are bad choices, I’ve just never drafted there.

The beauty of hosting a fantasy football draft in Atlantic City is that you have options (endless ones really).

In fact, two new hotels just opened in Atlantic City (as of this posting), Hard Rock and Ocean Resort. Since they’re brand new, we left them off the list. They might have some sweet discounts to bring people through the doors, so give them a look if you’re considering Atlantic City.

Here are some of the hotels we’d recommend:

If you guys are going to book one of these places, use a site called Ebates to get a few dollars back on your booking. It can be anywhere from 1%-50% back, which is great especially if you’re spending a lot.

That’s gambling money! If you use my link I’ll get a little bonus and you’ll save some extra cash (cha-ching!).

Let’s be honest, there are a ton of hotels & motels (please don’t) to consider. We’ve just made a recommendation based on our past trips there.

In short, if you’re making the trip and spending the money, skip the motels and stay at a name resort. You can thank us later.

Each hotel offers your 2018 fantasy draft some unique opportunities in relation to their location, their clubs, and pools. However you can travel easily in AC, so don’t overthink which hotel you want to use.

Picking a Room for Your 2018 Fantasy Draft:
Suites vs. Conference Rooms vs Regular Rooms

While looking to choose an Atlantic City hotel to stay at you need to decide if you’d prefer to get individual rooms for your league and rent a conference room for several hours or if you’d like to get a big suite (or regular room) and do your draft in there.

They both offer their advantages and one may end up being more cost-effective than the other depending on the dates of your draft.

We recommend calling several hotels and getting rates for both suites and conference rooms for the dates of your drafts. It’s the only way to truly know which is your best bet.

When I did my fantasy football draft in Atlantic City, we went with a standard hotel room. We saved some cash through Ebates and we had more for gambling, booze and other activities (I wonder what that was).

Keep in mind that the cost is going to be much higher as you get closer to NFL kickoff day as you’re right around the holiday weekend.

Plan ahead and decide what’s most important to you and your league. If you’re away from the holiday, splitting the cost of a board room with your league shouldn’t be too much. And it’ll be totally worth it.

Picking a Fantasy Football Draft Board

So you’ve made the commitment to draft in AC, now make sure you do it right.

By that I mean, spend a couple dollars and buy a fantasy football draft board. I don’t care which one you buy or where you buy it from (although we do love the gear they have over at Fantasy Jocks).

Don’t force everyone to bring a laptop to log into ESPN (or your provider of choice) and use the hotel Wifi for everyone. It won’t be fun. You’re literally in AC, so just do it right.

IF someone can’t make it….

The only thing you need to keep on top of is needing tech if someone from your league can’t attend. If that’s the case I’d recommend having them call in or have them draft remotely (I reviewed a few great options for the 2018 season here).

The bottom line is that you need to invest in a high-quality fantasy football draft board. Just make sure they give you all the essentials and that you have it on draft day. There’s no experience like drafting live with friends and an actual draft board.

Don’t ruin the experience by skipping out on this.

When we say extras, we’re mostly referring to the things that you should consider but may overlook until it gets later in the process.

Unless your league mates have vowed to remain sober for health reasons, there should be alcohol everywhere. I understand that those of you under 21 can’t drink (wink, wink), but in that case, you probably shouldn’t be drafting in Atlantic City anyway.

Come prepared with alcohol for the pre-draft and during the draft. It’ll make some of your league mates look like fools and they make terrible picks. Plus it always adds to the fun before, during and after the draft.

Just make sure you can make it through the draft, there’s nothing worse than having to deal with the kid that’s blacked out making picks. On second thought, it may let some value fall down the board to you…so play this one how you want.

I’m not talking about the cost of the hotel room and the experience. You already know that it’s going to cost you a pretty penny if you intend to do this (Don’t forget to get some cash back via Ebates). I’m talking about coming prepared to spend on all of the other items. You’ll need to buy alcohol, pay your league dues and of course gamble. That’s why you’re in AC after-all. To draft a championship team and win some money (or at least that’s the plan).

I’m talking about coming prepared to spend on all of the other items. You’ll need to buy alcohol, pay your league dues and of course gamble. That’s why you’re in Atlantic City (AC) after-all. To draft a championship team and win some money (or at least that’s the plan).

This can be taken a ton of different ways. Drinking with your buddies while drafting will be a great start to the entertainment. In fact, I’ve even heard of leagues that have strippers attend their drafts in AC. Some of those league members described it as their worst draft (statistically) ever while still being the best one they’ve ever had.

You also have the option to visit the pool, hit up clubs and gamble the night away. There are always things to do in Atlantic City, and I assure you that you and your league will have a blast playing with the different options that you have available to you.

Holding Your Fantasy Football Draft in AC for the 2018 Season

Choosing to host your fantasy football draft in Atlantic City is a big decision, however, it’s a step that every league should take at some point. If you’re serious about your league you’ll have to move on from drafting online, whether that’s at someone’s house or in Atlantic City.

I recommend doing extensive fantasy research prior to going as your mind is going to be wandering once you get there. Know your fantasy rankings and stick to your gut when drafting. Save the shenanigans for after the draft.

You can thank me later. 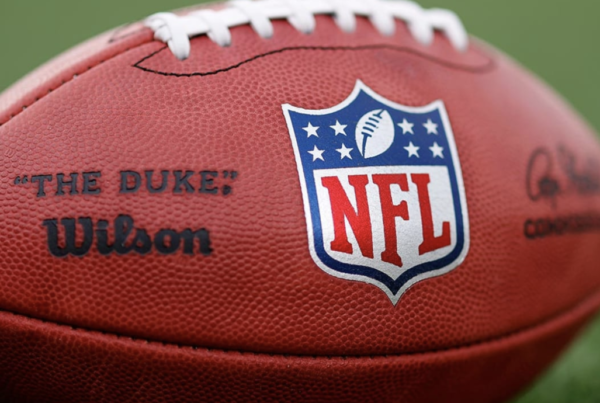